Apart from two (short) spells of maternity leave, Liz, a London vet school graduate, has worked at Rose Cottage Veterinary Centre since it was opened by Norman Henry in 1984.
Liz is married to Harry and they have two children, Pete and Sarah.

Liz has a particular interest in horses and has a Royal College of Veterinary Surgeon’s Certificate in Equine Practice.

Horses also feature strongly in her home life. Liz has ridden and enjoyed equine country pursuits since being a child. The Gorse family also enjoy point to point racing. Pre-children Liz rode herself. Years later when Sarah was competing it was a great family day out – Liz drove the wagon, Sarah rode, Pete lead the horse up and told his sister how to ride the race and Harry drank the wine!

Now Pete and Sarah have left home and produced two delightful granddaughters – it will only be a case of time before Grannie buys them a lead rein pony and starts again on the Pony club circuit!

Liz is one of the Directors of Rose Cottage Veterinary Centre 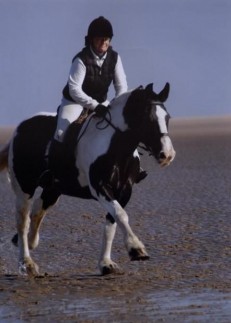 Ken gained his Veterinary qualification from Glasgow University in 1981. He joined the practice in 1990 and later became a partner. Ken holds a certificate in Dermatology which is his area of expertise. Along with his keen interest in dermatology he enjoys small animal surgery, exotic animal medicine and surgery and acupuncture. The practice, through Ken, accepts dermatological referrals, and will also accept cases for acupuncture

Ken is married to Anne who is also a vet. They have a son called Jamie, 2 cats called Slinky Malinky and Vinny, and a terrier cross called Halle.

He has co-edited the BSAVA Manual of Canine Practice, and wrote 2 of the chapters, skin diseases and disorders of the canine paw.

Ken is one of the Directors of Rose Cottage Veterinary Centre 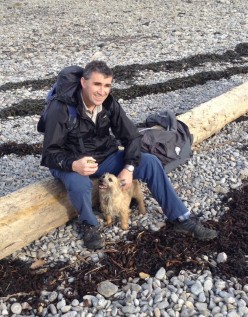 In 2006, Jen arrived as a student to do her Extra Mural studies, while in her 3rd year at Bristol Vet School. Upon graduating in 2008, she joined the practice as a fully fledged vet.
Since joining, she has developed an extensive knowledge of zoo animal medicine, and is the official veterinary surgeon for Knowsley Safari Park. As well as her role at the park, she enjoys all aspects of veterinary practice.

When not at work, she enjoys competing with her horses Yoda and Smirnoff in dressage, showjumping and eventing. She has a rescue lurcher, called Arthur. She also enjoys snow boarding. She also has a Dumerils Boa snake called Milo.

Jen is one of the Directors of Rose Cottage Veterinary Centre 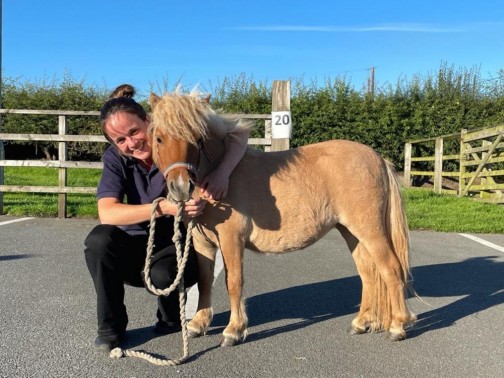 Joe joined Rose Cottage in 2017, after graduating from The University of Liverpool Veterinary School.

Joe loves mixed practice, he is particularly interested in medicine and diagnostics. Outside of work he enjoys spending time with family and friends, gym, crossfit, horse riding, football, he also loves to spend time walking his dog Troy - a Rottweiler that thinks he is a lapdog.

Prior to applying for Vet school Joe attended St George’s University in Grenada and developed an interest in different species and multi national approaches to veterinary practices in other parts of the world.
Joe is currently studying for further specialisation for a certificate in Veterinary Internal Medicine. 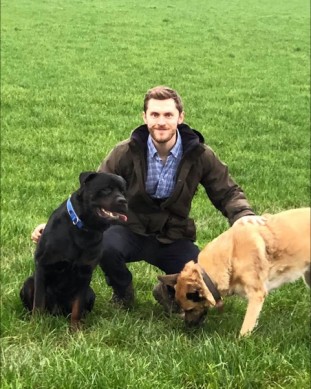 Norman qualified from the University of Dublin in 1971 and along with his wife established Rose Cottage Veterinary Centre in 1984. He holds a Diploma in Bovine Reproduction. Until 2014, Norman was a director but passed on his directorship to Jen.
Norman has officially retired but still does some work for the practice!

Norman is married to Christine with three children and three grandchildren.
Norman is a keen golfer and is a past Captain of Helsby Golf Club.

Christine and Norman have a cat called Milly who enjoys a very comfortable life. 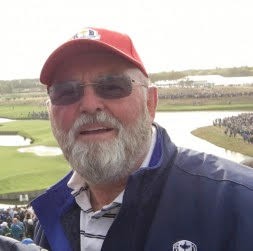 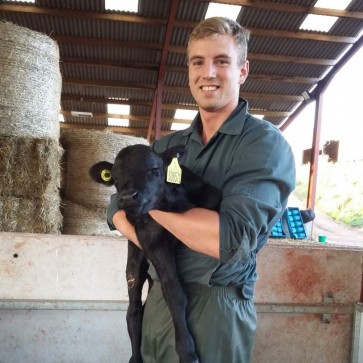 Will graduated from The University of Liverpool in 2019 and has been practicing here at Rose Cottage since then.
He has a broad range of interests within his work, in particular carrying out soft tissue surgery and working on neurological cases. Will really enjoys working with small holders as he enjoys noticing the positive differences he makes to farmers and their livestock on a short and long term basis.
Away from work, he enjoys long walks with his partner and young dog Maggie, as well as spending time with his adorable son Charlie. He also has 2 cats, Lemon and Millie, both of which he rescued from Rose Cottage.
When not with his family and pets, Will enjoys running, swimming and painting. 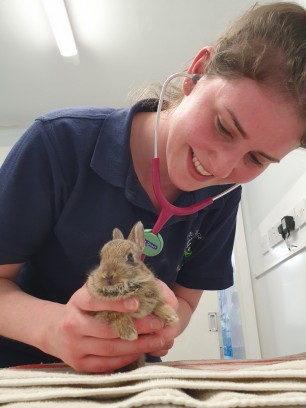 Olivia qualified in 2020 from The University of Nottingham, and since then has been a wonderful addition here at Rose Cottage.

She loves all aspects of her job, particularly medicine with a keen interest in any and all emergency cases. It helps that she always has a cool head and works brilliantly under pressure! Her favourite animals to work with are rabbits, which doesn't come as much of a surprise as she has two of her own at home, Mouse and Roo. She recently adopted an elderly stray cat that was bought into the practice earlier this year. She was affectionately named Nana and Olivia took her home with her and never looked back! Nana is now living out her golden years in luxury.

When she's not working, she loves spending time with her friends and family, horse-riding with her sisters and running. Olivia is also a fantastic pianist!

Elliot qualified from St Georges University, Grenada in April 2021, however spent his last year at The Royal Veterinary College London. He's been with us at Rose Cottage since August 2021, with most of his enjoyment coming from his work with large animals alongside a soft spot for Orthopaedic surgery. Looking back, he believes his love of 'putting things back together' comes from a childhood love of Meccano! Elliots favourite part of the job is receiving thanks from his patients owners, whether that be small or large animals, big or small cases. If there is ever a medical or surgical mystery that comes into the practice, Elliot is your guy! As the 'Sherlock Holmes' of Rose Cottage there isn't a case too difficult that he won't be excited to sink his teeth to!

He has a family working Cocker Spaniel called Ria, and despite being 11 years old, she both looks and acts like a puppy!

Outside of work, he is currently in the middle of not only renovating his new house, but planning his wedding - all alongside starting his first job as a fully fledged Vet! Any limited spare time he has, you'll find him at Crossfit or shooting clays, two equally addictive hobbies.